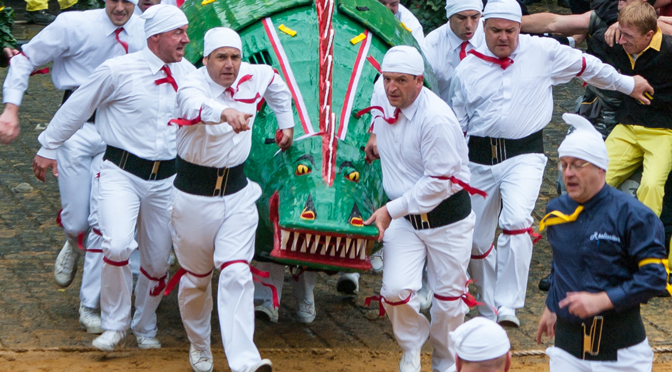 The itinerary of Mons offers visitors two walking tours in the intramural city illustrating the concentration of markers of the political, religious as well as economic powers in the urban landscape of the Hainaut’s capital from the origins of the city until today.

As in the other itineraries of the « Hommes et Paysages » collection, the substantial introduction prepares walkers to the discoveries they will make on their way, pointing out the non-existence of a formal separation of powers under the Ancient Régime, the weight of the Church, the complex and conflictual articulations between ecclesiastical, comtal, and bourgeois powers.

The status of Mons as an urban and comtal capital city makes it a fortified city as from the XIIth century, inside a Comtal wall. Although the city does not include the main square, the reinforcement of the bourgeois power will lead to the building of a much larger municipal wall in the XIXth century. Mons will later become a major fortified place on the borders of The Netherlands and France.

From the modern age, the political power has become a prescriber in urban matters, which corresponds to the reinforcement of the public power and the enlargement of its fields of competence. It was not before the mid-XIXth century that the fortified walls and the previous flood zone were dismantled, isolating Mons, a bourgeois and administrative city, from the mining industrial Borinage.

The tour begins with the major sites embodying the places of powers under the Ancien Régime: the town-hall for the bourgeoisie; the old Jesuite College and Sainte-Waudru cathedral for the Church, the castle for the Comt. In addition, vsitors will discover some expressions of the assertion of the power of a laic and moderniser bourgeoisie in the XIXth century and the army’s weight from the middle ages to the Dutch period. The historical monuments witnessing the constitutional separation of powers today are not forgotten.

Powers under the Ancien Régime – The Count’s Power – The Power of the Bourgeoisie – Ecclesiastical Power – Separation of Powers in the Contemporary State – Mons, former walled city and military stronghold – Economic Relations between Mons and the Borinage

1. The Grand-Place and the Town Hall – 2. The Former Jesuit College – 3.  “El Catiau,” (the castle in Walloon) and the Belfry – 4.  Saint-Germain and Sainte-Waudru : The Foundation of the Religious Power – 5.  Modernism and anticlericalism : The manifestations of the power of the bourgeoisie and the State during the 19th century. – 6.  The Béguinage – 7.  The promotion of hygienism by the public authorities at the end of the 19th and the early 20th centuries : The Public Bath House and the Provincial Institute for Hygiene and Bacteriology. – 8.  The Casemates on the Place Nervienne – 9.  Messines district – 10. Banks in Mons and the Machine à eau – 11. The Polytechnic School 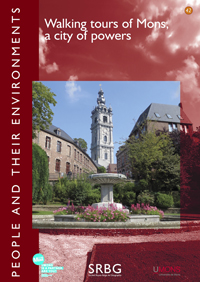 Walking tours of Mons, a city of powers

Available in quality bookshops or purchasable on our webshop online. 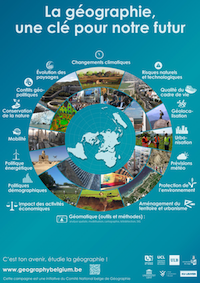